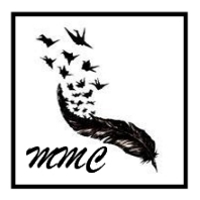 Welcome back! I took a little break from the hop, but I’m back! Yesterday was a pretty big day for Meanmna: Book One of the Daearen Realms. It was the one-year anniversary of its release! Wow… So much has happened over the last year its kind of crazy. I want to give a giant ‘Thank You’ to everyone that has helped along the way and will post something a little later in the week about it. To celebrate the one year anniversary, I’m going to post about the girl who started it all, Sarette. 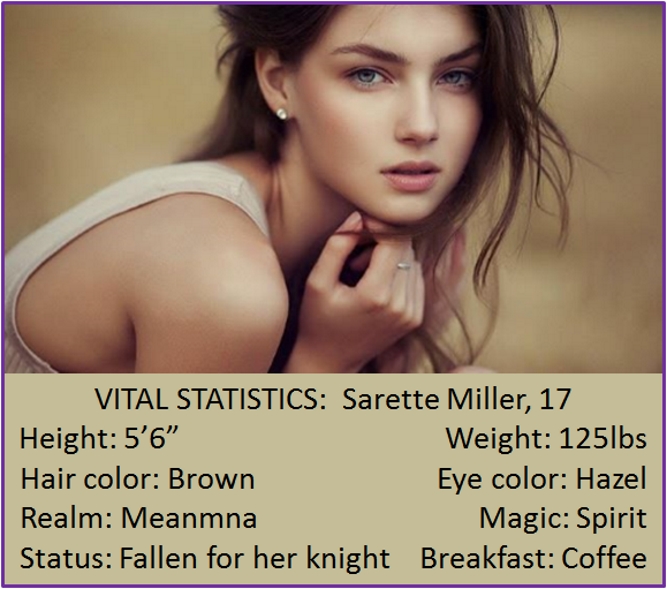 1) What is the name of your character? Is he/she fictional or a historic person?

Sarette Miller, she is completely fictional. Although, her house is modeled after the “Goose House” my college apartment.

2) When and where does the story start?

The story begins a couple weeks before Sarette’s eighteenth birthday in Adrian, Michigan. She’s felt like she’s being watching, going crazy, and debating whether or not she should check herself into a mental hospital.

3) What should we know about him/her?

Sarette has grown up with her best-friend Mathew and raised by his mother, Peggy (Mama) and her mother Shanna (Mom). She and Mathew have a friendship that is closer than most siblings. She considers herself an all American boring teenager destined to do ordinary boring teenage things. She is very wrong.

4) What is the main conflict? What messes up his/her life?

A whole lot of life gets thrown at her all at once, starting with meeting Elwin. She doesn’t have any choice other than to accept her fate, or there would be dire consequences.

5) What is the personal goal of the character?

To not give up the one she loves and still be strong enough to save the world.

6) Name of the book and where can we find it?

Meanmna: Book One of the Daearen Realms and it’s available on Amazon!

7) When can we expect the next book to be published?

Have a great week everybody!