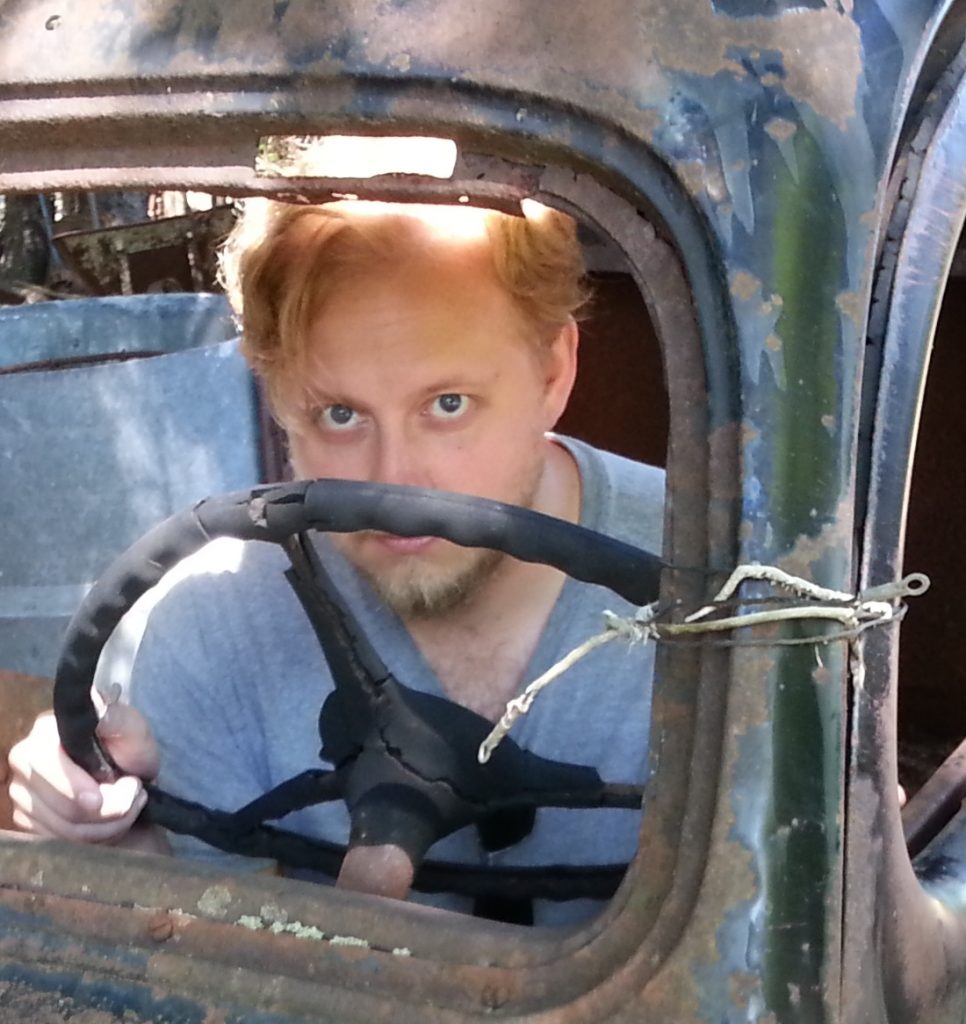 Welcome to another Titillating Tuesday Back the Basics Author Interview all ya’ll beautiful people! 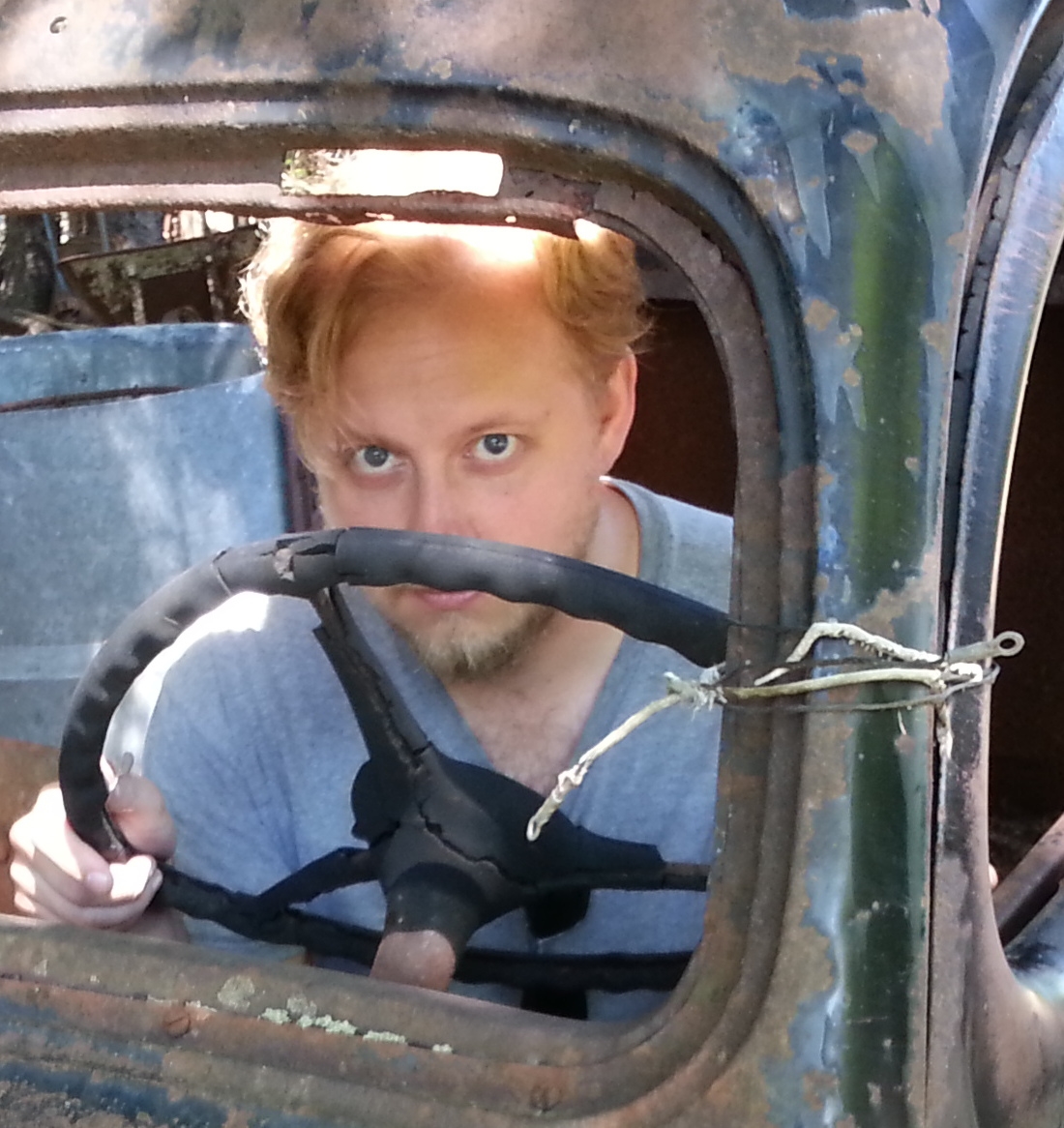 Howdy, my name is Sam T Willis.  I write Thrillers for the most part, ranging from the Action/Adventure to the Suspense/Conspiracy side of the genre.  I have two novellas, Break and The New Program, and two novels: Beaten and The Volunteer.  That last one just came out of 5/31, and I’m pretty excited about it.

As to who I am, other than a writer, I’m a father of two young kids, a vegetarian, and a government functionary of the computer-fixing variety.  When I’m not writing or working I’m usually in the woods.  I love the woods.

When I was seven years old, in my second grade class.  Haven’t stopped since.

Honestly?  Jealousy.  A kid in my class, Tony, was writing X-Men fan fiction for our writing practices and he kept telling the class about it whenever he had the chance. It kind of bothered seven-year-old Sam that he was writing this big, elaborate story when I was just doing whatever the assignment for the day was.  So I started writing a side story of my own.  It was about a team of ninjas.  As far as I remember, they were fighting against some foe I’d never bothered to define clearly, who was in possession of a       “crushing machine.”  They had endless gun and nunchuck battles, each of which was resolved by the appearance of a new, even cooler ninja.  Maybe someday I’ll go back and finish it.

I couldn’t really imagine stopping.  I’d be afraid my head would explode.  For years I didn’t give publishing any serious consideration, I just wrote for myself.  Filled a bunch of composition notebooks with stories that probably aren’t salvageable before I figured out what I wanted to say and was happy enough with the results to let anyone else see it.

Writing for me, at its best, is a rush.  It’s like when you’re reading a book and everything is coming together perfectly, but turned up to eleven.  I haven’t experienced anything else quite like the feeling of writing a story that’s just working.  The words roll out by the hundreds and I can barely tear myself away to eat.  If I can inspire a shadow of that sort of feeling in the people who read my books—I mean, that’s the dream, right?

Newsletter (Comes with a free book!)

The Angel of Death…

One night, a long time ago, Ian Kensington became the Angel of Death, and everything made sense for the first time in his life.  Until the police arrived.

Since then, he’s kept the “Angel” at bay with the help of a series of doctors and an endless supply of pills.  Battered into exhaustion and numbed to the world around him, Ian has become a productive, if solitary, member of society.  But the Angel’s whispers still plague him day and night.

Therapy teaches him that those whispers, just like the draft notice that came in the mail, can’t be real.  No army would ever want someone like him.  None of it makes any sense: there’s no war going on, and no public draft lottery.  Just Ian, a list of two dozen other names, and two men promising their program can get rid of the Angel for good.  It’s a prospect so outlandish that Ian had never thought to hope for it.

Break is a suspenseful psychological thriller that puts you deep in the mind of a killer, a man who knows he can’t trust himself, but finds he doesn’t have a choice.

Available for FREE when you sign up for Sam’s Newsletter!!!

A draft without a war.

Nathan Werner is a college dropout.  He doesn’t have anything going for him—not a job, a family, or friends.  He’s also just been drafted, along with two dozen others, into a clandestine government research program.  They’re going to be the next great advancement in “defense” technology.

Nate makes no secret that he wants out, but the only way home is in a body bag.  There’s a high-pitched tone keeping him up at night, and everyone around him is slowly changing.  They’re losing their inhibitions, losing their fears, and losing their minds.

The experiment has side effects.  There’s a voice in Nate’s head; it’s constantly screaming words that he can’t understand.  He keeps waking up in the strangest places: in an alley, in a hospital bed, in the snow with a bullet in his stomach.  And the bodies are starting to pile up.

Beaten is a gripping, fast-paced thriller in the spirit of The Bourne Identity that will take you deep inside a government research program that has either gone terribly wrong…or exactly as planned.

In the 1940’s and 50’s, the United States Penitentiary in Odessa was the home of a revolutionary inmate rehabilitation program: a fast, simple miracle surgery that could reform even the most hopeless case in minutes.  Recipients were rendered quiet, docile, and manageable.

The surgery was called “transorbital lobotomy.”

Now, more than sixty years later, Odessa is getting a new program.  It’s just as promising as lobotomy, with none of the mess.  And the Long-term Inmate Research and Rehabilitation group says it’s completely reversible.

They say it’s been a huge success everywhere they’ve tried it.

And that the details are classified.

Marcia Trembley, a correctional unit supervisor for USP Odessa, has worked with inmates for long enough to know that there’s no such thing as a magic bullet for rehabilitation.  She can see history repeating itself.  If only someone, anyone, would believe her….

Abhinav Howell is one of a few neuroscientists being transferred from the now-defunct Special Security Project Operations division of the Department of Homeland Security to Washington D.C..  Abhi gets a promotion, a big raise, and zero answers.

Normally, he loves his job.  He loves being steeped in the inner-workings of the human brain, decoding the complex reactions that go into each decision people make.  Testing on live, human subjects is the only thing that gives him pause.  But they’re all volunteers.  They know the risks.

And then a man with all the symptoms of a volunteer appears on the streets of Baltimore, injuring a dozen people or more.  A man who never volunteered for the SSPO.  A man who, it turns out, was at Hamlin the night Director Hall disappeared.