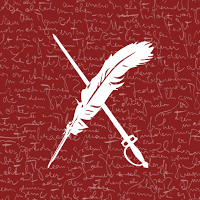 Welcome to my much delayed eighteenth  Weekend Writing Warriors ~ Snippet Sunday post! Missed all ya’ll! But sometimes life… you know? If you missed any of the previous posts or need a refresher on the entire story, you can catch up on my Meanmna ~ #8Sunday page.

What you missed: Technically, nothing but it’s been a while so let me refresh your memory of where we are with the story. Elwin told Sarette he had been sent by her family to help her get ready to meet them, Elwin. Sarette freaked out, kicked him out of her car, and drove home.

The dashboard clock said 8:05 when I pulled into the driveway and wondered what, if anything, I should tell my mom.

Mom had to work early, but the kitchen lights were on.

She was probably checking Facebook or re-tweeting some inspirational meme with an ocean photo and an unattributed motivational quote.

I can’t talk to her about what Elwin, the mystery man, just said; bringing up my dad would make for a day trip on an emotional roller coaster.

I learned a long time ago that if I wanted Mom to keep acting like Mom, I shouldn’t bring him up, ever.

She gets so sad and tries to push through, but it takes so much out of her and watching her go through that, takes a lot out of me as well.

But what if what Elwin said is actually true?

Wouldn’t Mom like to know that she could see him, my dad, again?

Okay, I needed to talk to her, right now; but, what the hell will I say?

What do you think she should say?

I hope you enjoyed this week’s snippet! Let me know in the comments below!

If you do like, comment, or share you’ve earned several entries in my Kindle Fire Giveaway. Make sure to stop by my contest page to claim them!

Check back in next week for Weekend Writing Warriors ~ Snippet 19 of Meanmna: Book One of the Daearen Realms!

But, if you can’t wait for next week…

Daearen isn’t much different than the human world.

Imagine a world where science is replaced with magic.

Now it’s time to go and check out more fabulous fiction eight sentences at a time, offered by the folks at Weekend Writing Warriors and Snippet Sunday!

Have an awesome weekend everybody!