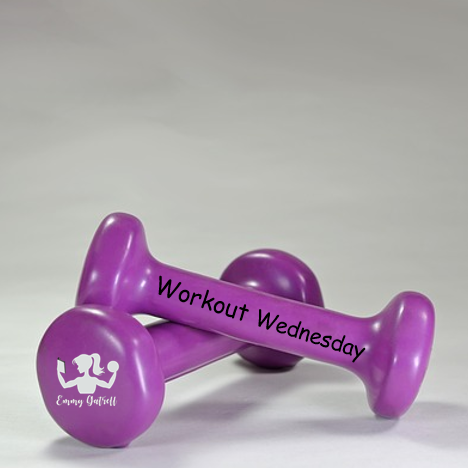 Workouts Paused Due To Illness… And that’s OKAY!!!

Today I was going to talk about planks but am postponing it until next week… or should it be poning my post? LOL! Because I am ill and just wanted to take a quick second to say… It’s okay that I haven’t worked out. And it’s okay for you too. I have an entire lesson in my Baby Steps about listening to your body, so I’m not going to talk about it for too long. Plus I’m still sick and just want to go back to bed.

Personally, I don’t think you should ever work out when you are ill. If you go to a gym for the love of all that is holy, don’t go when you’re contagious. Just basic human common courtesy folks. But enough about other people lets talk about you.

There is a difference between not feeling like working out and being sick, pre-sick, bone-weary and mentally exhausted. You ought to already know the difference, and if you don’t, I suggest you figure it out. I can’t help you too much with that. All our bodies are different.

If you know you’re sick, but choose to still choose to workout you can hurt yourself, prolong your illness, get even sicker, get others sick. Seriously, it’s okay to give it a day of rest. I think the entire listening to your body and taking a total sloth-like rest day with extra Vitamin C when you are feeling those signs and then NOT getting sick in the first place is so much better. Don’t you?

I have definite signs in advance of sickness that prevents a lot of downtimes. Not this time, but it’s only the second time I’ve gotten this bacteria, and now I know what happens a couple of days before everything in my body hurts like I did a total body five hour heavy lifting session. I’ve done next to nothing for the last four days except writing and sleep, and yet my muscles hurt, joints are swollen and stiff, bones hurt and my freaking hair hurts. The locals call it something I am unable to say, let alone type, but it translates to breaking bones sickness probably because it feels like you’re being torn apart from the inside out. There’s a bunch of other symptoms that are more dangerous but man; it sucks to be in so much pain.

And to prevent this from happening next time I now know that when I have a dramatic loss of strength, it’s time to go pick up the antibiotic flushing medicine from the pharmacist. I’m not talking weakness, literally not having any strength. The first time it happened I was in the middle of a workout. Doing a DB Press using an exercise ball vs. a bench, I was at the top, and it felt like all the bones in my arms disappeared. My arms dropped hard, and I landed on my ass so hard because all those bones disappeared too that it left a bruise. Not as dramatic last week, but weak enough to barely make it through my mostly body weight booty workout. MY FAVORITE WORKOUT! I should’ve known. But will next time!!!

I’ve have some basic signs for more common illnesses too. Don’t always listen… but I’m getting better at it.

Do you have any pre-sickness signs that will help you from getting super sick next time?

That’s it for now, I’m going back to bed and that’s okay.

I need to drink more.